“Oh you are Indo? So you’re from Indonesia, right? Huh… but aren’t you Indonesian? Or do you call that Indian? ”

We start in the seventeenth century. A time when the Dutch sailed the world under the flag of the VOC (the Dutch East India Company) to get spices from distant countries and then trade them in Europe for a lot of money. One area where most of the spices came from were the East Indian islands. The East Indian population was exploited by the VOC for a long time. Farmers were forced to grow for the Dutch market, causing the population themselves to starve.

At the beginning of the nineteenth century, the VOC went bankrupt, but that did not put an end to Dutch rule on the East Indies islands. The Dutch state took over the colonized areas and from then on called it the ‘Dutch East Indies’. During that time more and more Dutch people moved in. Dutch men married native women and had children. In 1941, the Dutch East Indies were conquered by Japan, which put an end to Dutch colonization. Many residents thought they were now redeemed, but Japan turned out not to be the savior they had hoped for. Many people ended up in Japanese internment camps or were forced to work as slaves.

Check out our most popular items

In 1945 America, as an ally of the Netherlands, brought the Japanese occupation to an end. The atomic bombs on Hiroshima and Nagasaki killed hundreds of thousands of Japanese, after which Japan surrendered. The Republic of Indonesia was soon proclaimed by the nationalists Soekarno and Hatta. They were afraid that the Netherlands would try to regain power and try to restore colonial authority. Sukarno got rid of all foreign influences, which meant that Indo-Europeans were no longer safe. That is why many Indo-Europeans came to the Netherlands at that time.

It is impossible to summarize such a long period briefly, and the history continues after this with the Indonesian war for independence, but this will hopefully give a little insight into the history of the Dutch East Indies, so that we can better understand which terms we use in which situation. Let’s start with the word ‘Indo’. This is an abbreviation of ‘Indo-European’, a term we use for people belonging to the Indo-European or Euro-Asian (mixed) peoples. They therefore have European and Asian ancestors and have a family history in the former Dutch East Indies. In the past, the abbreviation ‘Indo’ was seen as obnoxious and used as a swear word, but nowadays it is often used as a nickname by young Indo-Dutch people to show that they are proud of their identity.

Then we have the word ‘Indisch’ or ‘Indisch Nederlanders’. By this we mean Dutch people who come from the Dutch East Indies. This includes the Indo-Europeans, but also another group: the Totoks. These are thoroughbred Dutch who were born in the Dutch East Indies. So for the sake of clarity: with ‘indo’ we do not refer to residents of the country ‘India’, which many people confuse it with.

Finally we have ‘Indonesian’. With this term we are talking about the indigenous population, such as Javanese, Sumatrans and Balinese. These are the people who have no European blood in them. It is therefore not correct to call an Indonesian Dutchman an Indonesian.

Would you like to know more about the history of the Dutch East Indies? NOS op 3 has made an instructive explainer on this topic: 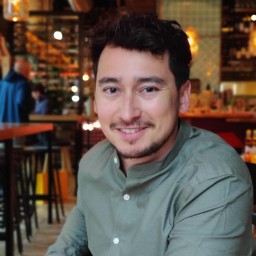