You know, everyone knows: not everything goes smoothly in the clothing industry! If it is not that children are often put to work in the factories, it is that the clothing industry is one of the most polluting industries in the world. Time to change this! Or is this already happening? The answer is ‘yes’. More and more people are seeing slow fashion , an honest way of producing clothing, as the future! But goes slow fashion really take over the fashion industry?

Does slow fashion have a future?

We think so! For example, look at how many people are consciously involved with the environment and have a better world in mind. Today’s young people think more about their clothes than the generation before and the second-hand clothing stores and apps to sell your own clothes are springing up like mushrooms. Well-known influencers are also promoting more and more sustainable clothing . As a result, we automatically become more aware of the impact of fast fashion and we will opt for a sustainable alternative more quickly. But just listening is of course not enough, we will have to take action ourselves!

What does Fast Fashion do to the world?

If we continue to consume as we do now, 40% of the world’s population will live in a place with water shortage by 2050. And then remember that it will not be thirty years before 2050 arrives. How this is possible? Of course it has various causes, but a small example: 10,000 liters of water are needed to produce every kilogram of cotton. And that has nothing to do with the large amount of CO² emissions that are caused by the fact that the clothing has to be transported often and far away. No less than 10% of global CO² emissions are caused by textile production.

The evidence is that people are becoming increasingly aware of their impact on the world. Figures from research agency Motivaction show that millions of people want to live more sustainably. But there is still a lot to be gained! Many people want to do something about sustainability, the research shows, but are not sure where to start. But when they start, for example by occasionally eating vegetarian food or separating plastic, they quickly get the hang of it and they want to do even more to live more sustainably. It also appears that, on average, young people live more consciously than older people. For example, young people eat meat less often and buy second-hand clothing more often.

Are you making a difference for the future?

Do you want to make a difference for the world of tomorrow? Then think about what you can do to combat fast fashion. No, we won’t tell you to just buy sustainable clothing. But also look further! For example, go to a second-hand clothing store for a new set of clothes or organize a closet sale with friends. In this way you ensure that less textiles need to be produced and environmental pollution is thus prevented.

And if you are now looking for a new piece of clothing that’s sustainableand is produced to order; take a look at our sustainable clothing!

In 2019, a partnership was formed by 32 well-known fashion houses: the G7 Fashion Pact, which is committed to protecting the climate, biodiversity and oceans. With this, the fashion brands that are members of the alliance want to show the world that they know about environmental problems and are willing to actively support them. The fact that fashion brands themselves recognize and want to work on the impact of textile production on the environment shows that the clothing industry is undergoing a turnaround. And so we believe that slow fashion is the future! 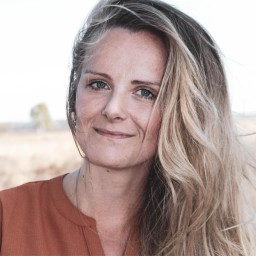